Please note that all campaigns must have a Conversion Goal. For more information on setting up Pulsate campaigns, please click here

When you start to build any Pulsate campaign, you will be directed to the Setup page first where you can name the campaign and set up at least one conversion goal for that campaign.

Before you send a campaign, you can check the conversion goals and control group that you setup on the campaign review screen. If you wish to edit any of these values, press the Edit button.

As soon as your campaign is activated and begins sending to customers, Pulsate will begin tracking how many users carry out the conversion events within the specified time period. 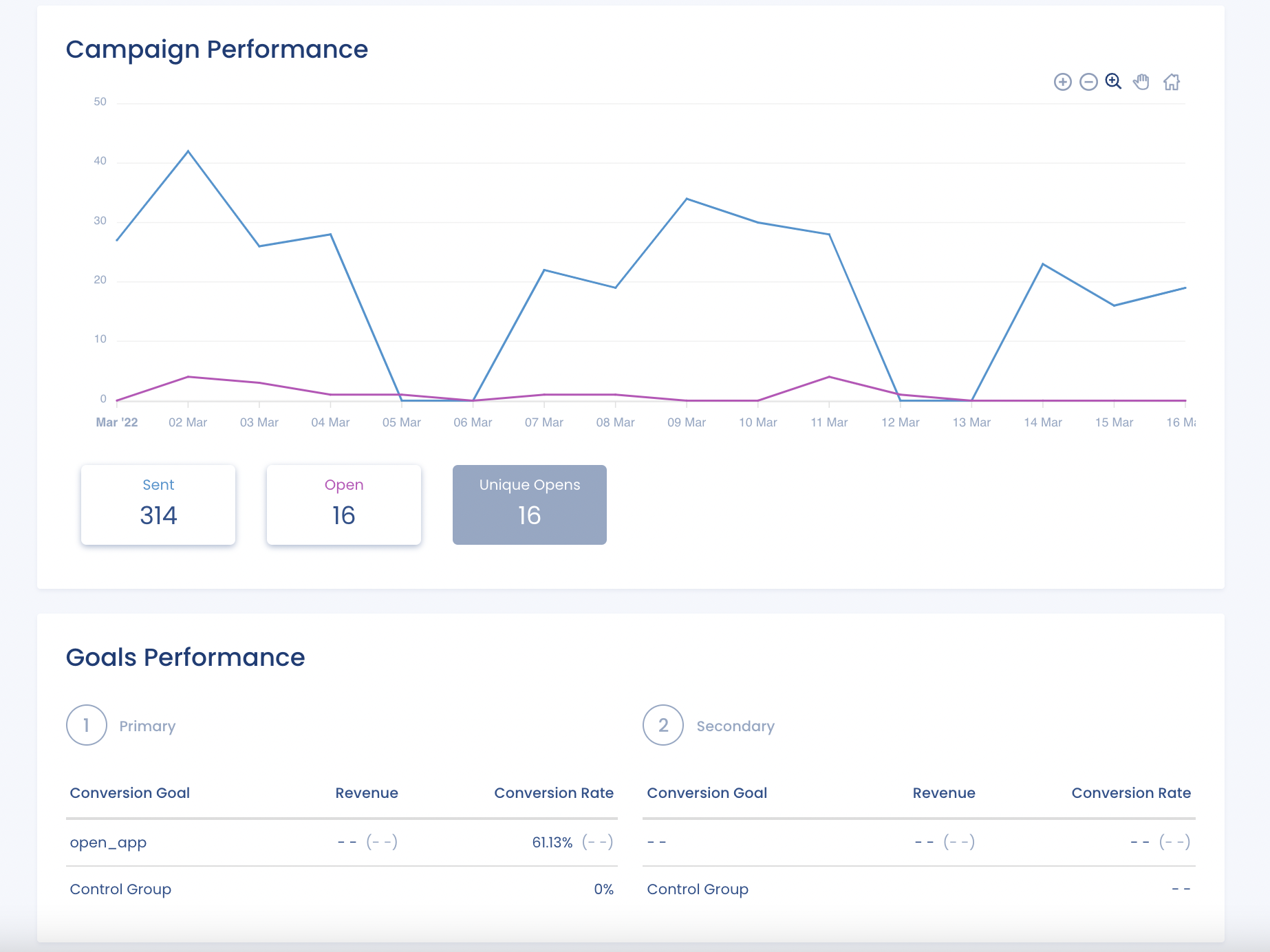